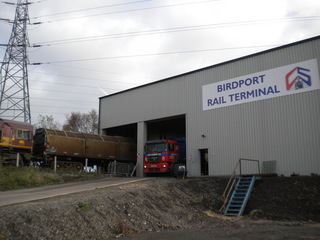 1 million tonnes of cargo has been handled since the rail terminal at Bird Port opened in 2010. This is quite an achievement in three years as Cargo Services received a Freight Facilities grant from the Welsh assembly government which was conditional to the terminal handling 1 million tonnes over a five year period.